There was never a time when it was more important for the health and well-being of the humankind that men and women should start to make real things with their own hands again. For a human being to spend a life of pressing computer buttons, or doing boring and non-creative “jobs” in a factory, is to spend a life in hell.

As the huge multinational corporations close in on the world, fewer and fewer individuals find themselves in the position of being able to produce anything of use and beauty themselves.

…the intolerable airdness and boredom for most people will eventually become unbearable and we will rebel. We will seize the right again to make things of utility and beauty for ourselves, with ur own intelligence and our own hands, helped by simple basic and often beautiful tools. 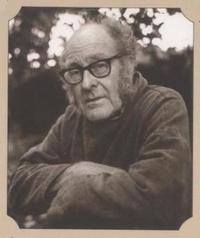 Author of Forgotten Arts and Crafts, an advocate for self sufficiency and anti-consumerism. He voiced his opinions and advice through books and speeches.

The sinking feeling you have in the pit of your stomach after reading the excerpt above is the dawning of realization, of having attached all our concepts of life to the ‘hell’ John Seymour is speaking of.

His words shouldn’t take away from the necessity of spending time on the computer for learning, working or recreation; neither should it take us away from the possibility of earning a living to support ourselves and the ones we are responsible for by working in a factory. But it must ring a bell of caution when we attach excessive belief in these activities or chores which are essentially far from the source of a fulfilling life and even worse defining your life’s purpose by the lies of such mundane tasks.

We are susceptible to being blinded by a fake sense of independence when we find a cozy corner in one of these systems of an establishment. The reason these systems were evolved was for the progress of humankind and they are only a part of it.

The dissatisfaction in life could partly be fueled by this feeling of retardedness which actually doesn’t read as much into the talent quotient of individuals but reads more into them not being able to set out time and also refusing to see the importance of including a daily or weekly hobby- apart from chores- which will require us to use our hands and other creative portions of our faculties.

We are being constantly being bombarded with subliminal messaging through advertisement and marketing. Which leads us to believe that the answer to a happy life is a list of unachievable things. And when we get tired of running after these unachievable things, we want to run off to a spa retreat and pamper ourselves, or the next party to douse ourselves in some kind of false sense fulfilment. We forget that our home and the street we live in should by our hands and conscious efforts turn into a haven for life to blossom.

The Forgotten Arts and Crafts gives us much-needed inspiration and guide in bringing about a rebellion as John Seymour suggests we must.

I’m reading this book during my visit to Solapur-My hometown. My parents home and my permanent residence. Because it is, in fact, a landmark property. So for the convenience of matters, this always goes as my permanent address in forms and applications.

This property was built by my great-grandfather nearly a hundred years ago. He picked out all the materials by himself, for example, the wood was bought in an auction in Calcutta. The stories about his dedication to building this property and his business have all been recounted in his diary and we live with them even today. Most of the things you will find were either made at home and/or custom made.

This time, the entire living room is being re-done. A false ceiling- made out of spare antique wood. The sofas were being re-upholstered after two decades. As I looked at the painters, carpenters and electricians toiling away re-mastering the living room, I wondered at the void of knowledge that I felt when I compared myself to my great-grandfather. He knew and understood thoroughly about building such a gargantuan property and I cannot fathom what it takes to renovate the living room. And the void is what lead me to the Forgotten Arts and Crafts.

There have been plenty of instances we may have seconded the opinion that learning how to be self-sufficient will in return enhance our cognitive skills. In John Seymour’s opinion, it will not only do that but will elevate you above people with monotonous jobs, with linear delegated tasks.

THE DISCCIPLINE OF NATURAL MATERIALS

The very intractability a natural material imposes discipline that forces the craftsman to produce something beautiful as well as useful. It is the grain of wood with its liability to split along one plane and not the others, that forces the carpenter, the wheelwright, the cooper, the turner, the shipwright to fashion it in certain ways, to use the qualities of wood and overcome its disadvantages, that imposes a pattern of beauty on wooden objects. It also forces the craftsman in wood to learn the mystery of his crafts and elevates him high above the mere factory worker.

It has been the limitations of stone as a building material which have forced the builder, over centuries, to develop the great beauty of the arch and vault, of column and arcade and flying buttress. Concrete, which, when reinforced can be made to any shape.

All naturally occurring objects reflect the abundant mystery of nature. The skills of how to yield nature and its objects can be certainly communicated and displayed to a potential apprentice. But I have observed, an apprentice who wishes to create something independently will have to eventually begin learning on their own, purely based on how they are able to build a one-on-one relationship with nature. Then moving on to any particular material used in their craft, the craftsman will then have to establish a mutual agreement with it. The proof of this has been presented to us when we try our hands at the culinary arts or when we have witnessed a friend’s struggle in making something remotely palatable.

To learn something about crafts and craftsmen is to learn about the history of the race. Each craft is a rich repository of many years of practical experimentation and knowledge by men an women whose very lives were shaped and enhanced by the work of their hands. More than wars, more even than literature and chronicles of kings and great men, the crafts reflect our universal past.

The stories of these Arts and Crafts can bring us closer to the actual arts and crafts -not equally but as close as possible- and to those era’s of their formative as well as peak years,  regional cultures and the possibly interesting stories about famous craftspersons; which makes it a reflection of our universal past. Like the furniture and design of the building I grew up in is a memorabilia of my great-grandfather’s generations and all the other generations that followed.

To master with perfection and create pieces beautiful enough, with utility, needs a lifetime of dedication. John Seymour did spend his life looking for such obscure gems of human craftsmanship and wrote about them. Though this book is dated, it helped put people and places alike on the map through his books in its time. Full with a scrupulous doze on the importance of utilizing locally produced goods and consciously placing more importance on hand-made versus mass-produced. Today it gives us a chance to reminisce about a vintage era bygone and the possibility of keeping these practices out of extinction.

“The Forgotten Arts & Crafts” is capable of being a great permanent addition to your bookshelf to visit and re-visit. Complete with John Seymour’s endearingly passionate narration and wonderful illustrations.

4 thoughts on “Forgotten Arts and Crafts: Making Real Things With Our Own Hand and the Discipline of Natural Materials”