What was the hiatus for?

Long breaks have been a part of all creative undertakings and so have they been in my journey.

A mentorship program which has been a slow-moving gradual process of familiarising with the world of writing and the nature of its course.

Result: 4 book ideas and opening paragraphs for each trailing off into their own storylines at their own pace and time.

Scouting for new subjects to write about on my blog and creative inspiration that comes through the works of other artists. I have fed these on my Instagram handle Kattyayanistravellingcircus. This is a short summarised version of the hiatus.

It wasn’t a writers’ block in the usual sense but a result of the horrifyingly hot summer weather, moving houses and the overwhelming amount of ideas coming to me while I worked on my books.

What has happened during the hiatus on newsletters from ‘Kattyayani’s Travelling Circus’:

I kept coming back to Escher, Einstein and Eddington for blog topics and rewriting. I call it my impossible E-triangle of inspiration which eventually leads me to Sir Roger Penrose’s work, Carl Sagan’s Cosmos and Mandelbrot’s Fractals and the fact that I have not written any content about their work apart from the solitary blog, “Cosmic Perspective: We are a way for the cosmos to know itself”. 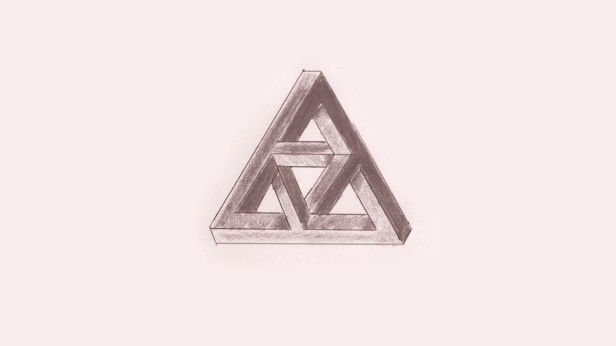 George Orwell- We have at some point come across in our lives the themes and predicaments he writes about in his novel. His most famous book 1984 has been my muse for writing this post. “It’s a beautiful thing, the destruction of words” -1984, George Orwell

Which led me on an Orwellian Literature hunt through which I have discovered 4 novels that are close contenders.

Rewinding to a point right after The Cosmic Perspective Explorations, along with my study of opening paragraphs I spent a great amount of time looking through artwork, I have come across so many new artists who have pushed the already flexibly expanding boundaries of the visual arts world even further. Looking through artwork has been a very potent subliminal fodder to get my creativity flowing.

The Escheresque, gravity-defying world’s in the art of Cinta Vidal,

Cutaway: How A Produce Terminal Operates

This may be a cause to think that I am more inclined to surrealist art but it is more about the thrill that I have finally discovered art in the genre that is easily relatable.  This could never have been possible if not for this wonderful, treasure trove of art and culture: “The Colossal”.

From this emerged the hunt for the obvious merger for the two, writing and art- comic books / graphic novels. I began with Neil Gaiman’s Sandman series and re-invigorated a draft that had been stowed away for 6 months. The piece “Hey Mr. Gaiman bring me The Sandman: ‘Second Kind of Fantastique Horror’.” is a combination of reflections on horror as a genre, the monumental difference between the two kinds of it and the medium of comic books as a way for ultimate creative freedom due to them being out of the scope of academic and critical scrutiny.

Last for the curiously philosophical misadventures that I sparingly get up to. Following the White Rabbit with Alice and Neo: Finding Doors to a World within our World. and Kintsugi- A Philosophical Approach to Ceramics.

To all who will read through the end, thank you and hope you had a lovely read. See you soon (hopefully).

4 thoughts on “Curiosity Catalog – Catching up with you after a hiatus and the best bits from it.”